The Mitchell Residence, S.039, 905 South Main Street in Racine, Wisconsin, was designed after Frank Lloyd Wright left the offices of Adler & Sullivan, so the master had no reason to hide his authorship. Cecil Corwin, at best an average deisgner, had earlier helped Wright by signing his name to Wright designs, so they could be built without Sullivan knowing. It is my conjecture that Wright made this a present to Corwin, who had gotten the commission through local contacts, but realized he could not meet his client's high standards. Wright provided this gift to his friend Cecil, who applied his own ideas to the reception room and the dining room. The former has a maple finish, the latter vertical beaded board, rather than Wright's horizontal boards with Froebel pea trim. There are elements which will appear refined later in the Young Residence (S.036). The commission was announced at the same time as that of Wright and his for the Frederick Bagley house, S.028, in Hinsdale, Illinois, with which the Mitchell shares much in design.

The Henry and Lily Michell house is basically Colonial Revival influenced by Richardsonian Romanesque.There are similarities in the exterior with the contemporaneous Frederick Bagley house (S.028)[roof treatment], and the earlierWarren McArthur house (S.011)[the circular porch next an octagonal bay]. Inside, the layout is familiar, with living room to the right at the entry and screened library beyond (as in the Young residence, S.036) with dining room behind and kitchen in the rear quarter, separated by a pantry. A separate reception room has stairs down to the north side entrance at a porte-cochère, which entry also turns east into the kitchen quarters. Wright played variations on this theme throughout his-Victorian era designs.

The son of the Mitchell Wagon Works founder, Henry Mitchell became its vice-president under the title of Mitchell and Lewis Company. Wagons were produced from 1854 to 1910, and the Mitchell automobile from 1902 to 1923. Mitchell died in 1911, Lily in 1925. 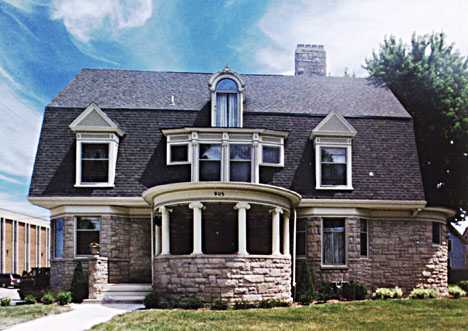 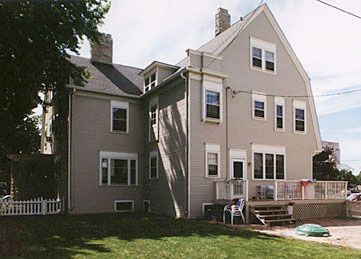 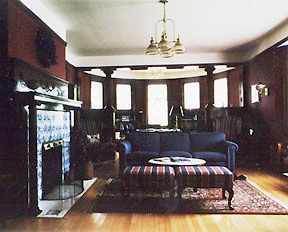 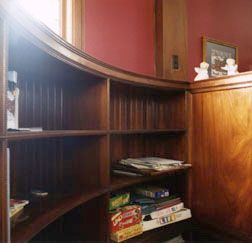 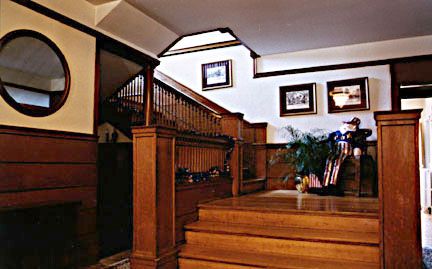